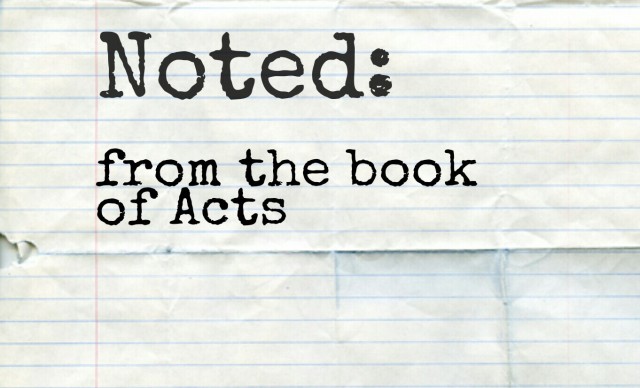 *let it be known from the outset, that I am NOT a cessationist- I believe all of the gifts of the Spirit are for today. Carry on.*

Over the last year, out of a desire for simplicity, I’ve felt drawn to read the four gospels and the book of Acts. My attention has been called to something recently. These verses, for example:

Acts 2:43 – And awe came upon every soul, and many signs and wonders were being done through the hands of the apostles.

Acts 5:12 – Now many signs and wonders were regularly done among the people by the hands of the apostles.

The writer, widely held to be Luke, the physician, is very clear as to who is doing what throughout his work. At times he says everyone, or all the believers, and other times he narrows it down to the apostles or to just one person.

In addition we are told that believers brought their sick out from all the surrounding towns to be healed by Peter. Apparently, they didn’t have the ability to heal their own sick, though they were genuine believers.

I just find that noteworthy, since I’ve often heard it said, or implied, that signs and wonders – especially miracles and healings – were a widespread phenomenon (performed by all the members of the church body), to which we should aspire today.

Perhaps they were limited to particular gifted individuals, selected by Christ, and by the Spirit, even then, even right after the initial outpouring of the Spirit.

If we are going to allow the Bible to be the authoritative starting point for doctrine and theology, what might this mean for us, today, if anything?