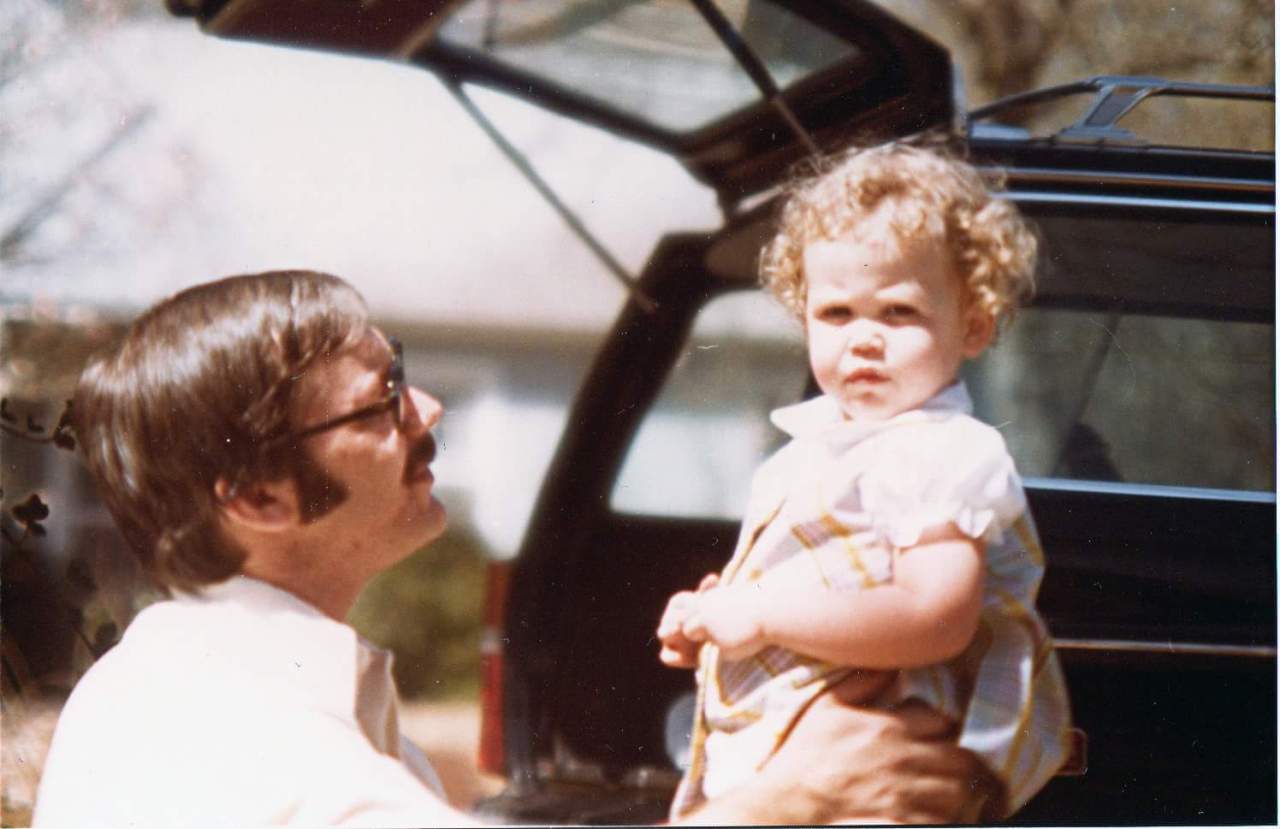 When I was little I was a Daddy’s girl. If I heard his keys jingle from across the house I bolted to see where we were going, because he wasn’t getting out without me. Poor man. Never a moment’s peace.

Occasionally, throughout my growing up years, just for no reason, he would tell me he was proud of me. I couldn’t understand that. I always wanted to know what I had done to deserve it. It wasn’t necessarily tied to my performance, he just said he was proud of me. I guess it was just because I was his.

I never wanted to lose that. I always wanted him to be proud of me.

In February of 1997, I was a 21 year old college student studying biology. At the time I was living what we think of as the stereotypical college student life, which consisted of parties, late nights, work, and some studying (but mostly the other stuff). I was not living the chaste life I always thought I would, having been raised in a Christian home.

I’m pretty sure it was Monday, February 3, when I went to see my doctor for a pregnancy test. The nurse asked me to have a seat in the waiting room while the test processed – she said it would be maybe 10 minutes. She was back in under two. I knew what that meant.

Because I’m terrible at hiding things, I knew I couldn’t see my parents again without telling them that I was going to have a baby. So, within 24 hours I went to see my mom at work and told her I was pregnant. She said, “Well, let’s go tell your dad.”

I was like, wait, no. What? Right now? Can’t you tell him? I didn’t want to see his face when he found out his little girl had been doing “big girl things.” I was terrified of disappointing him.

I sat beside him on the couch and hemmed and hawed and cried and fidgeted for what seemed like eternity. I kept saying I knew he would be disappointed. He just looked at me, with wet eyes.

Finally, I blurted out,

Classic. (I couldn’t bring myself to say the p-word, yet)

His response was beautiful and kind: his eyes brimmed over with tears and he said, “There’s nothing you can do to make me any less proud of you.” I thought I even saw a little smile cross his lips. I wondered if, despite the shock, he was already excited about the baby growing inside of me.

It was pure love and mercy to my needy heart. No matter what I had done, I was still his little girl. I felt fully accepted, fully loved, and secure.

I know that not all of us would have the same experience with our fathers, but for me it’s a picture I go back to often, when I think about the mercy of God.

When we go to Him in times of failure, we expect anger, but we receive kindness.

God is sometimes portrayed as an angry monster, who delights in punishing people for their mistakes, sins, or wickedness. Sometimes people seem giddy with expectation about the destruction of “the sinners,” however they define the term.

I have to wonder if they’ve paid much attention to the man who hung on the cross. Does he seem angry at people? Was he looking forward to punishing them sometime in the future? Even the ones who drove the nails into His wrists?

No. He came and said, essentially, do your worst to me. I’ll take it in order to demonstrate my love for you. I won’t fight back, I won’t resist. Though I am innocent, I’ll absorb the punishment due to the guilty. I’ll paint you a picture of God, because you have no idea who He is, or what He’s like, or how deep His love is for you.

His kindness will lead you to repent, to change, to go a new direction. His mercy will change your life. His love does not run out. He knows you are just dust and isn’t caught off guard when you mess up.

He knows He can make something beautiful out of our messes. He knows He can work all things for our good, when we let Him. He knows He can bring beauty from ashes and He gives us good gifts even when we don’t think we deserve it. He gave me a beautiful baby girl who changed my life and has taught me so much about love and kindness. She’s one of my best friends.

And that’s why He can smile a little smile when we choose to come to Him in times of trouble, rather than run away. He’s not a monster God, He’s a good father, full of mercy and compassion. He doesn’t turn anyone away who wants to be near Him. The choice is ours.

There’s nothing you can do to change that.