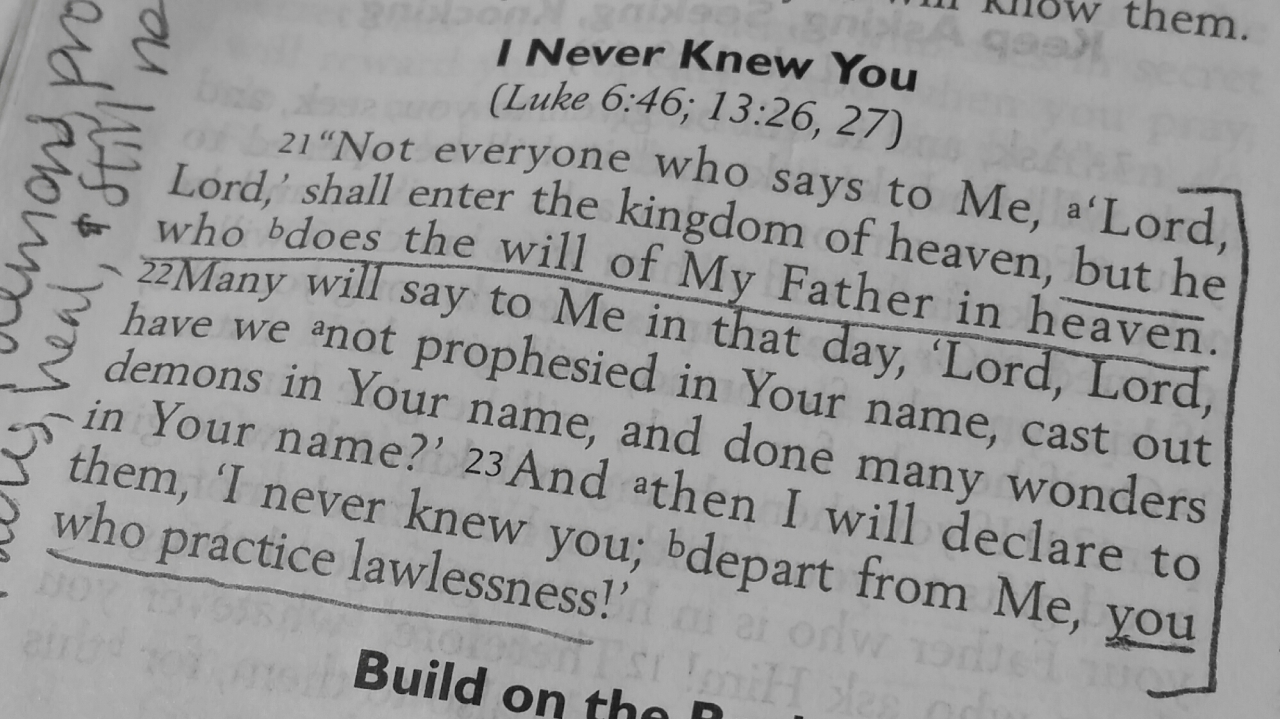 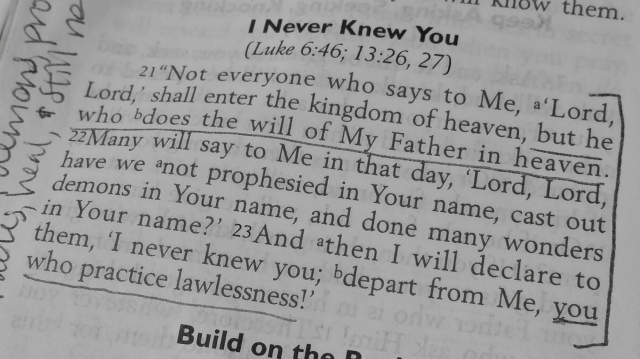 “In everything, therefore, treat people the same way you want them to treat you, for this is the Law and the Prophets…Many will say to Me on that day, ‘Lord, Lord, did we not prophesy in Your name, and in Your name cast out demons, and in Your name perform many miracles?’ And then I will declare to them, ‘I never knew you; depart from Me , you who practice lawlessness.'”

I believe what Jesus is really saying, in saying, “I never knew you,” is: “You were not my disciple.”

The essence of discipleship in His day was following, learning, modeling and living life alongside the teacher, day in and day out. It was a close relationship in which the student actually became like the teacher. He or she didn’t just learn ideas from him or believe he existed. It was supposed to be formational and transformational.

The goal of discipleship is that the disciple will not only do what the teacher does, but do it the way he does it.

The kinds of people Jesus references (above) did some outstanding miraculous deeds, no doubt, but I can’t help but note that they were of the showy variety. Healings, miracles and casting out of demons would attract quite a bit of attention.

When Jesus’ own disciples were excited about the miracles they themselves had done, high-fiving so to speak, Jesus said, don’t rejoice over that, rejoice over the fact that your names are written in the book of life.

I believe that what was lacking in the ones He never knew can be described in one word: HUMILITY. They must not have had true compassion. Perhaps it was a hit and run kind of ministry not really fueled by love. He said they practiced lawlessness, after having defined the law as treating others as you want to be treated.

The hallmark of Jesus’ life and ministry is humility and true humility is learned from Him and is empowered by Him.

A true student of Jesus will learn the art of humility. There must be more to our faith than a mental assent to a belief system. There must be a commitment to discipleship – to be a learner. After all He did say to the tired and worn out, “Come to me. I will give you rest. Take my yoke upon you and learn from me. My burden is easy and my yoke is light.”

It’s about more than fire insurance to secure a happy eternity sometime off in the distant future. It has to be more than that. We must want to be with Him now, learn from Him now, in this life, not just after we breathe our final breath.

When He came to the earth, His kingdom came with Him and in Him. Transformation happens through Him by people who really follow Him. All of the issues of life would be solved if everyone literally treated others as they want to be treated.

And that would be a slice of heaven on earth, would it not?